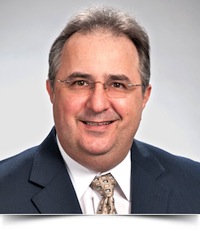 He has also represented insurance companies in a variety of areas, including insurance coverage and bad faith. He has additionally defended national corporations in litigation concerning products liability, toxic tort, property damage, catastrophic personal injury, wrongful death and employment discrimination. Mr. Kelbon has tried cases in the federal and state courts of Pennsylvania and New Jersey.

Prior to his legal career, Mr. Kelbon worked in the television industry in New York and Philadelphia as an editor and technical director. As a result of this background, he is extremely proficient at using media and technology in case preparation and at trial. In 2009, he worked with a panel of Federal District Court Judges from the Eastern District of Pennsylvania and other professionals to produce video vignette’s on the use of technology at trial for the Third Circuit Judicial Conference.  In 2011, he was one of the first attorneys in Philadelphia to use an iPad for the presentation of evidence in an commercial jury trial.