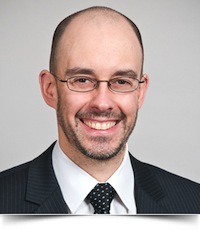 Bret R. Goldstein, Partner in the Firm’s Philadelphia office and Chair of the Employment Practice Group, concentrates his practice in the representation of management in worker’s compensation, employment and labor matters. Mr. Goldstein is also a member of the Firm's Family Law Group, where he counsels individuals in divorce and matrimonial matters.

Mr. Goldstein is the author of numerous articles regarding Medicare including issues involving Medicare Set Asides, Medicare Liens and the recent changes to Medicare Reporting. Mr. Goldstein has been assessing resolutions for Medicare involvement and obtaining reasonable amounts for Medicare Set Asides since the inception of the changes to the Medicare/Social Security Laws. He has provided many employers and insurance carriers with opinions helping them resolve cases when dealing with the Medicare obstacle.